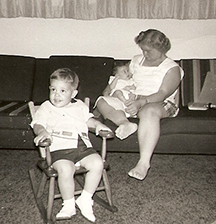 Carol Jean Shepard was born in LaCrosse, Wisconsin in 1932 to Wright and Elsie Shepard.

Shortly after Carol was born, her parents took her to see a doctor in the “big city” of Chicago, as they did not know what Down Syndrome was.  They were told that Carol had an extra chromosome, and would pose a hardship to the family if they tried to bring her up with her brother and would be ostracized in the community.  The doctor recommended that they should institutionalize Carol to avoid the public shame of having a daughter with down syndrome. Carol’s parents strongly objected to the doctor’s recommendations and took their daughter home. Carol’s mother found other families in her community that had children with disabilities and set up a Sunday School Class and social activities for them at their local church, which continued as they grew to be young adults. 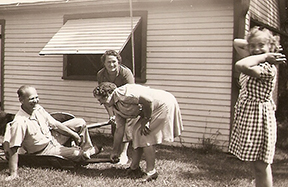 Carol loved Jesus, birthdays, Church, Roy Rogers, and any TV western show. She was an ambassador for Down Syndrome, a proudly visible part of her family, church, and community.  To Avenues SLS Co-Founder Scott, she was simply “Aunt Carol”, and was always a natural part of his life and family.  As Scott grew up to find that other Aunt’s Uncle’s like his Aunt Carol were not as likely to be included within their families, schools, churches, and communities, Aunt Carol became an inspiration to him about why it is so important that everyone should have the right to be included in their schools and communities, regardless of their disability label. Carol passed away in 1975. 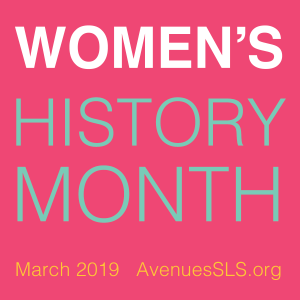