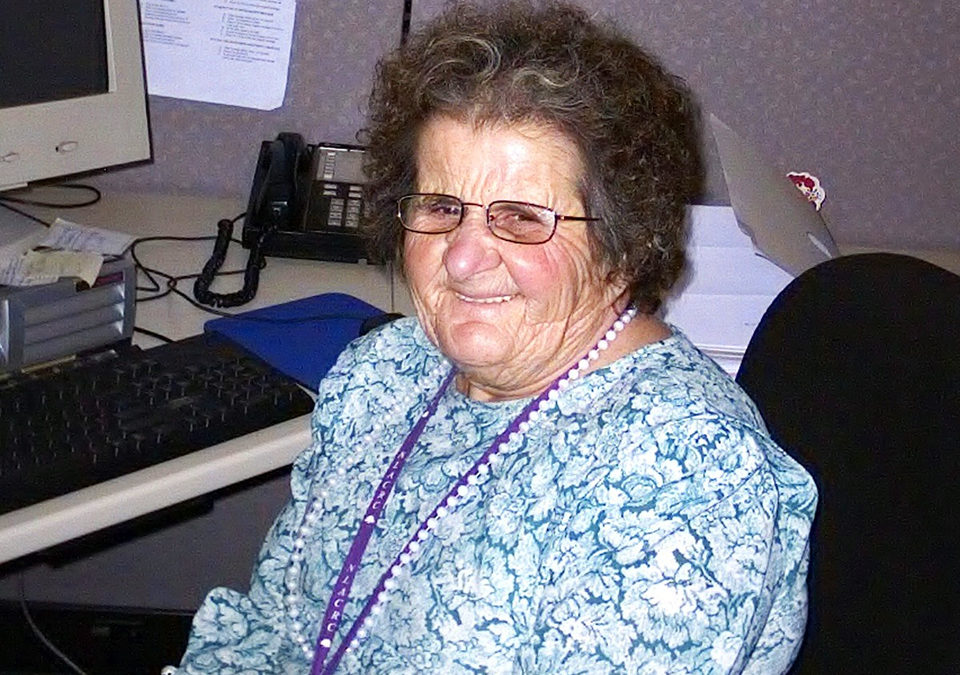 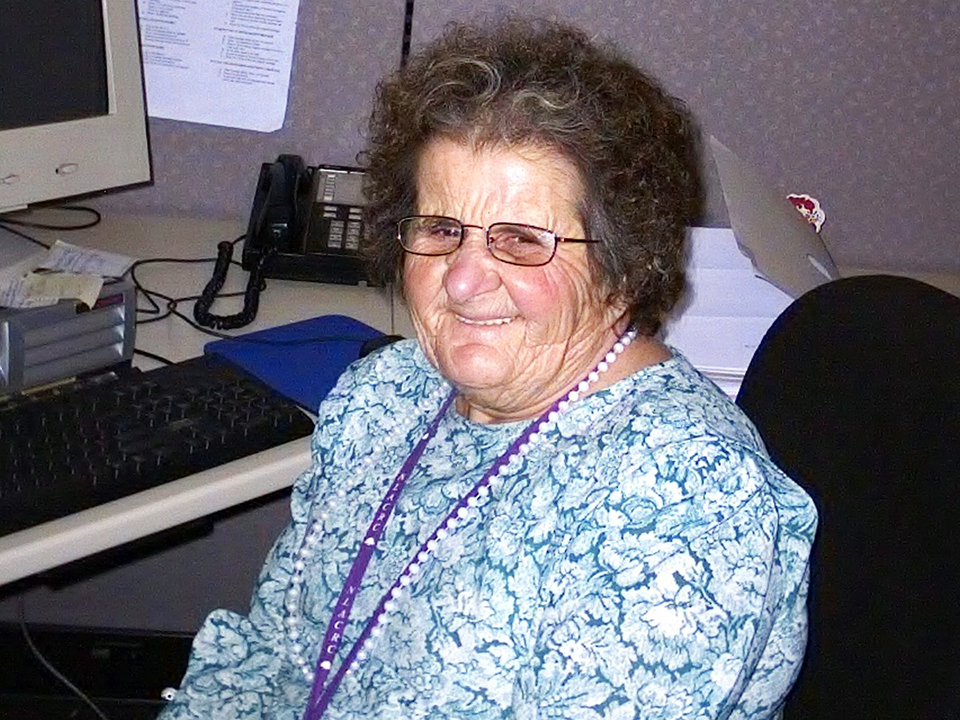 Throughout her 70 plus years, Ronda has persevered, sometimes in spite of all the support professionals with good intentions. Ronda’s story is similar to that of many senior adults labeled with intellectual and developmental disability; however, her drive to be independent, along with the evolution of positive behavior support, self-determination, and person-centered services, have helped create opportunities for her that were unavailable to many other adults with intellectual disabilities. Ronda and I want to share her story. Ronda was born in the late 1930s to a loving family, which soon included a younger brother. She attended special education schools in the Los Angeles area until her parents joined a group of families who founded LARC Ranch in the Santa Clarita Valley of North Los Angeles County in 1961. There were not many community living options at the time for adults with intellectual and developmental disabilities, other than state institutions. This group of parents had the best of intentions and wanted a safe place for their sons and daughters to live. Ronda was placed at LARC Ranch when it opened in 1961 and lived at the 90-person facility for 30 years. In 1990, Ronda moved out of LARC Ranch and into a transition home from 1990 to 1992, founded by Barbara Stamper, a former employee of LARC Ranch. Barbara’s transition home focused on teaching independent living skills, and living there helped Ronda to mov into her own apartment in 1992, when she was 54 years old. Ronda continues to live on her own in a one-bedroom apartment, benefitting from a housing certificate, and receives supported living services through our agency (Avenues Supported Living Services), which is funded by the North Los Angeles County Regional Center in Southern California. Ronda also receives supported employment services, which provide a job coach who sees her weekly at her jobsite. Ronda has lived in her own apartment for more than 20 years and continues to be passionate about working and being as independent as she can. Like many seniors, Ronda has experienced a variety of medical challenges as she has gotten older, including short-term memory loss associated with Alzheimer’s disease, carpal tunnel surgeries, a pacemaker, and loss of mobility that has necessitated the use of a walker.

The following quotes are taken from interviews and simply spending time with Ronda over the past 20 years. Together, Ronda and I have put together a PowerPoint presentation that she shares at conferences and with students in university settings. Ronda considers herself to be a lifelong learner and enjoys sitting in on university courses and conferences and participating as a presenter. She prefers to be asked questions that she can answer, as opposed to trying to recite her presentation by herself. The following are excerpts taken from her presentations:

If your parents were still alive, do you think they would have helped you to move out of LARC Ranch like you did?
Ronda: I don’t think so. Barbara helped me move out. She used to work at the Ranch. (Barbara Stamper was the owner/operator of the residential group home that Ronda moved into from LARC Ranch. Barbara had worked at LARC Ranch, teaching home economics, cooking, and sewing, prior to opening her transition group home for women with intellectual and developmental disabilities in 1982. This is how Ronda first met Barbara.)

Where did Barbara help you to move in 1990?
Ronda: To a group home—the best group home!

What did Barbara help you and the other women with?
Ronda: To take the bus, cook, banking, and things. To be independent.

Who else did you meet at Barbara’s home?
Ronda: Marcella. My best friend!

How long did you stay at Barbara’s home?
Ronda: Three years. I wanted to stay, but Barbara said it was time.

Where did she help you to move?
Ronda: To my apartment of course. I’m in a different one now.

Who else helped you?
Ronda: My supported living agency.

What happened to them after 9 months living in your apartment?
Ronda: I fired them! (Giggle)

Why did you fire them?
Ronda: I didn’t like them.

What supported living service agency did you and your brother hire after the first one?
Ronda: Avenues.

How long have you been with Avenues?
Ronda: Since 1993. I haven’t fired you yet! (Loud giggle)

If you ever want to fire us, whom can you call?
Ronda: The Regional Center.
(The Regional Center is the funding source for the agencies that provide services to children and adults with intellectual and developmental disabilities in the state of California.)

Who pays your bills?
Ronda: I do!

Do you get any discounts on your bills?
Ronda: I have Section 8 (a housing voucher program that pays a percentage of her rent based on her income).

What other bills do you pay?
Ronda: Gas, electricity, cable…you know.

How about the beauty shop?
Ronda: Yes, for my permanent!

How did your friend Marcella end up living at your apartment complex 10 years ago?
Ronda: I talked to Michael (Ronda’s apartment manager) and told him to find her an apartment.

Now that you have lived in your own place, do you think you would you ever choose to move back to the Ranch?
Ronda: No way! Only to visit.

Ronda has helped teach an important concept to her staff—something that we try to get across to all our staff when supporting people in the community and in their own homes. This is the concept of supporting, rather than care providing. Supporting means doing things with people and involving them in all aspects of their lives. Decisions about what support is needed and how it is provided is framed within the notion of self-determination—that is, the person being supported is included in all decision making as much as possible. Conversely, care providing means doing things for people, with or without their involvement. When the focus is on care providing, decisions are generally made by professionals (and sometimes family members) about what is best for the person and do not generally include the opinion or preferences of the person(s) being supported.

Teaching people to be “independent” is not necessarily the primary goal when supporting people in community living. When we look at our lives, most of us will realize that we are not independent; further, most of us do not have a goal of being independent in all aspects of our lives. We all have varying levels of “interdependence” on and with others. We rely on family, friends, co-workers, neighbors, and others daily, and in many areas of our lives. It is more natural and rewarding to develop relationships that allow us to do things with people as opposed to doing things strictly on our own. When Avenues supported living services first began to support Ronda after she hired us in 1993, we typically spent time supporting her after her workday, Monday through Saturday. Sundays, however, she was “busy” with her friends at church and didn’t want or need to see us. Our goal was to help Ronda develop additional relationships and social connections, thus requiring less time with paid supports. Eventually Ronda was connected with a Saturday “social group” with other women, attending a variety of community events, such as Dodger baseball games, the zoo, museums, and so forth. She also joined a bowling league and joined in activities and developed social relationships within the context of her various jobs. After hearing the prior supported living services agency’s descriptions and perceptions of their interactions with Ronda, we had a much better idea of how we might be able to begin trying to do a better job of listening to and supporting Ronda. However, Ronda still needed to teach us a few lessons about how we should listen to her better:

After talking to Ronda’s former group home provider, Barbara, I found out that Ronda really enjoyed making a hamburger hot dish recipe called “PTA special.” This gave me the idea to call Ronda and “tell” her that I would pick her up on an upcoming Friday at 3:00 so we could go shopping for the ingredients for her PTA special and then fix it together at her house. When I showed up at Ronda’s place at 3:00 that Friday, there was no Ronda to be found. I waited for an hour and left a couple of messages on her phone, then left. She called me back a bit after 6:00 to let me know that she already had eaten dinner and didn’t need my “help,” but that I could come over and visit now if I liked. (From Scott Shepard’s staff progress notes, 1993)

I learned a few things from Ronda being a “no show” when I came to visit. First, my time with Ronda is her time. Second, while she hates it when someone asks her if she needs help, we can still spend time together that involves learning and doing things that are helpful to Ronda—they just need to be set up and agreed on on her terms. Once we got this straightened out, we established an incredible relationship of (mostly) mutual respect and learning together that has continued for the past 20 years.

Working has always been very important to Ronda. During times when she has been unable to work, (due to medical issues or surgeries), her behavior reflected her irritability and frustration. Our worst memories of supporting Ronda are these times of unemployment. Here is an excerpt from Ronda’s presentation that relates to her passion about working:

What do you think about working?
Ronda: I love to work!

What places have you worked?
Ronda: I worked at Six Flags, Magic Mountain, in food service; at McDonald’s, Maria’s Italian Kitchen, Red Lobster, and the Avenues office doing filing. But they didn’t have enough work for me to do!

Then you had to be out of work for a while.
Ronda: For too long!

Let’s see, you had two hip replacements, carpal tunnel surgery, two rotator cuff problems, a pacemaker needed to be put in, you broke a finger, and you had a tumor removed from your calf.
Ronda: Yuck, yuck, yuck!

Where did you get a job after your doctors said it was okay to work again?
Ronda: The Regional Center. It was about time!

What do you do?
Ronda: I’m a file clerk.

How long have you worked there?
Ronda: Five years!

Do you like it?
Ronda: I love it! I want to work more hours, but I can’t until the (state) budget gets better.

When do you plan to retire?
Ronda: Never! I’m going to work forever. I love to keep busy. I have more energy than most people younger than me. I’m going to keep working! I love to work!

Ronda’s words underscore the importance of work to her. Currently, she works in an office environment where she gets to dress up, and she takes great pride in that. Those of us who know her well agree that she will never retire until she is physically unable to work, and hopefully that will never occur. Without work, Ronda feels miserable and finds it difficult to treat others around her with dignity and respect. Work helps Ronda feel whole and take pride in herself, and it fulfills an important purpose for her.

This excerpt is part of a full chapter authored by Scott Shepard and Ronda Michaelson, published in Individual Positive Behavior Supports: A Standards-Based Guide to Practices in School and Community Settings. Brown, Anderson, De Pry, 2015